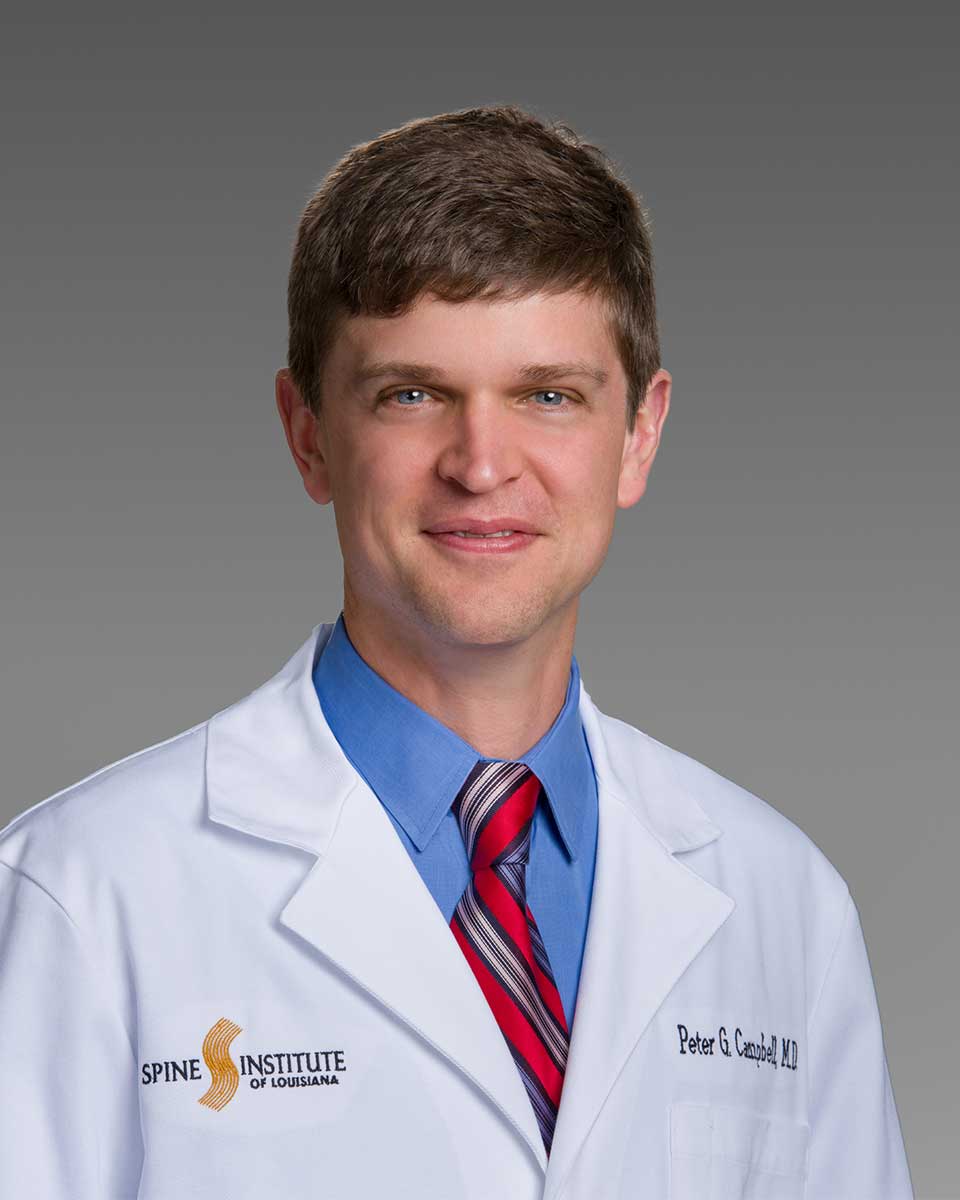 Peter Campbell, M.D., is a Board Certified neurosurgeon specializing in minimally invasive and complex spine surgery and complex intracranial surgery. He received his undergraduate education at LSU Baton Rouge and his Doctorate of Medicine degree from Louisiana State University Health Sciences Center in Shreveport.

Dr. Campbell received his neurosurgery training at Thomas Jefferson University in Philadelphia, Pennsylvania and was the chief neurosurgery resident from 2010 – 2012. Thomas Jefferson was the first medical college to establish a clinic and is consistently ranked by US News and World Reports as one of the nation’s leading hospitals.

Dr. Campbell began his private practice at Parkway Neuroscience & Spine Institute in Hagerstown, Maryland in 2012 after completing his neurosurgery residency. He joined the Spine Institute of Louisiana in August of 2016. Dr. Campbell is passionate about research and has published numerous peer-reviewed articles and presented research papers across the country.

He is married to Kelly McIntee Campbell and they have one daughter, Kenslee. His hobbies include cycling and hunting.

Our friendly and knowledgeable staff are available to answer any questions.